This exhibition presents a set of large-format paintings taking place in a vast vacant lot located on the outskirts of town, on the edge of the undergrowth. It is one of those spaces with an ill-defined function, most often empty with the exception of various ephemeral events that take place there: a funfair, a banquet, a motocross race ... also this space chosen by fairgrounds or itinerants to stop their caravan.
This new series of paintings is thus an opportunity for the artist to explore more fully his reflections on the relationship of man to time, on the fleetingness of life, and the expectations and expectations that man naturally places in the future. This develops, on the one hand, the relationship between the everyday, the down-to-earth nature of life and the fatality that often/sometimes seems to haunt us, and, on the other hand, what relates to one-off events linked to the celebration, the party, the dream or the magic of the fun fair.
A narrative thread is built between the different canvases through the use of recurring motifs: the dove and the pigeons, the caravan and the ferris wheel, the pennants and the restriction / ban banners, the benches / banquet tables ... likes to look for consistency between these paintings. We try to find a beginning, a middle and an end in this series with a more filmic accent than in its previous series. This is reminiscent of the work of directors such as Theodoros Angelopoulos or Wim Wenders, and the inner quest for disenchanted characters who make themselves the main characters in their films.
But the main thing here does not lie in this semblance of a deceptive narrative, but in the relationship that man has with time and his perception of reality. But the accumulation of events in each of the paintings in this series is itself a non-event in itself, a question rather than an observation. The characters seem overwhelmed by the impersonal and mechanical movement of motorcycles, too fast for them, which cross the space of the canvas. The cyclical movement of the Ferris wheel sends us back to a circular conception of time, that of the mechanical clock. It is also a sun that lights up this starless night, this sun that punctuates our seasons. Circular time is the awareness that everything must die in order to be reborn. Linear time is triumphant Progress.
Olivier Larivière's painting is of course a painting attached to the human figure. It’s impossible not to think when seeing his work on the paintings of Edward Hopper or Eric Fischl which develop strong relational or social concerns. Like these painters, Olivier Larivière develops a painting in front of which we stop no longer only to contemplate it but also because we are held back by an unspeakable plot that questions us about something essential to nature. human.
It is impossible not to see in these isolated individuals, in search of elsewhere, an abyss of our own human condition. Under a naturalistic appearance, the painter deploys works that send the viewer back to the center of his condition, with his fears, his despair, his helplessness, in the face of an existence that overflows him everywhere. The various iconographic elements that the artist incorporates into his paintings are all fragments taken from personal photographs or found on the internet. Collage stands out as a tool allowing him to assemble elements from different universes. He takes, cuts out, amputates pieces of reality, torn from their usual universe, and inserts them into a new structure without however losing their original properties. He uses the equivalent of different lexical fields in painting which create conflicts between these iconographic elements and create a distance. The distancing must undo the illusion by emphasizing the constructed character of the reality represented. Each object, character and perceived process wants to be at the same time unusual and strange. Its objective is to encourage the viewer to distance himself from the reality he is showing him. 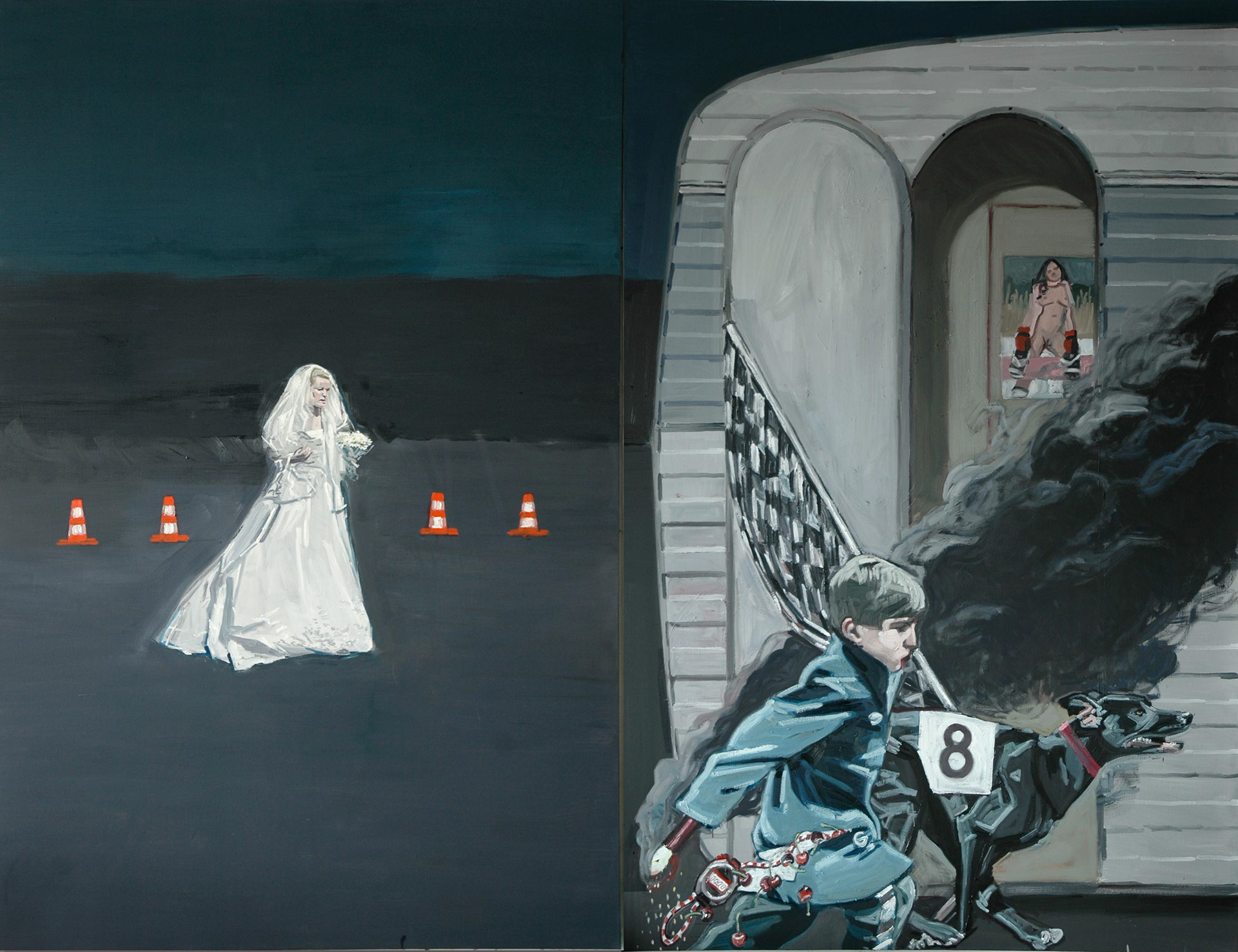 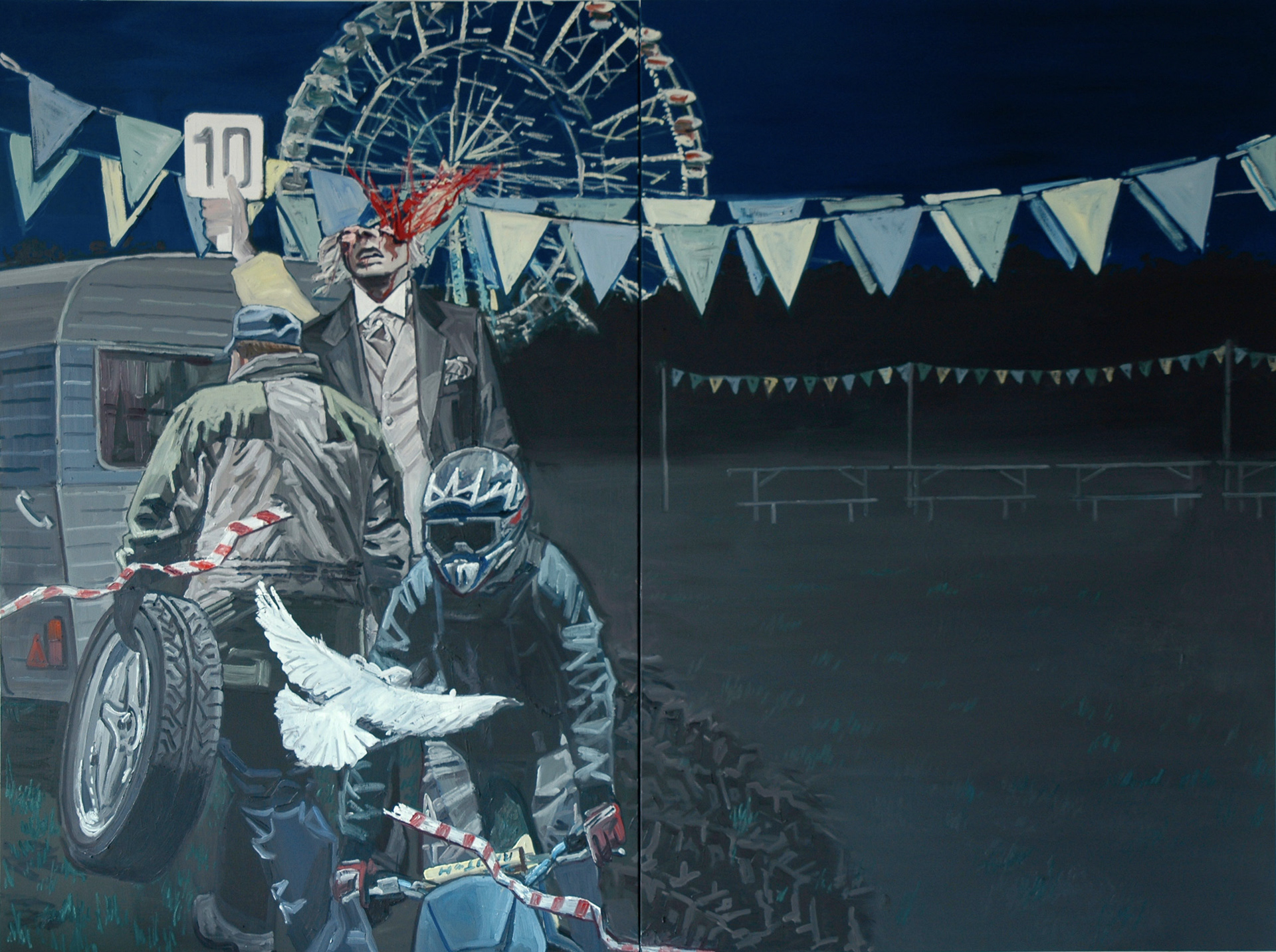 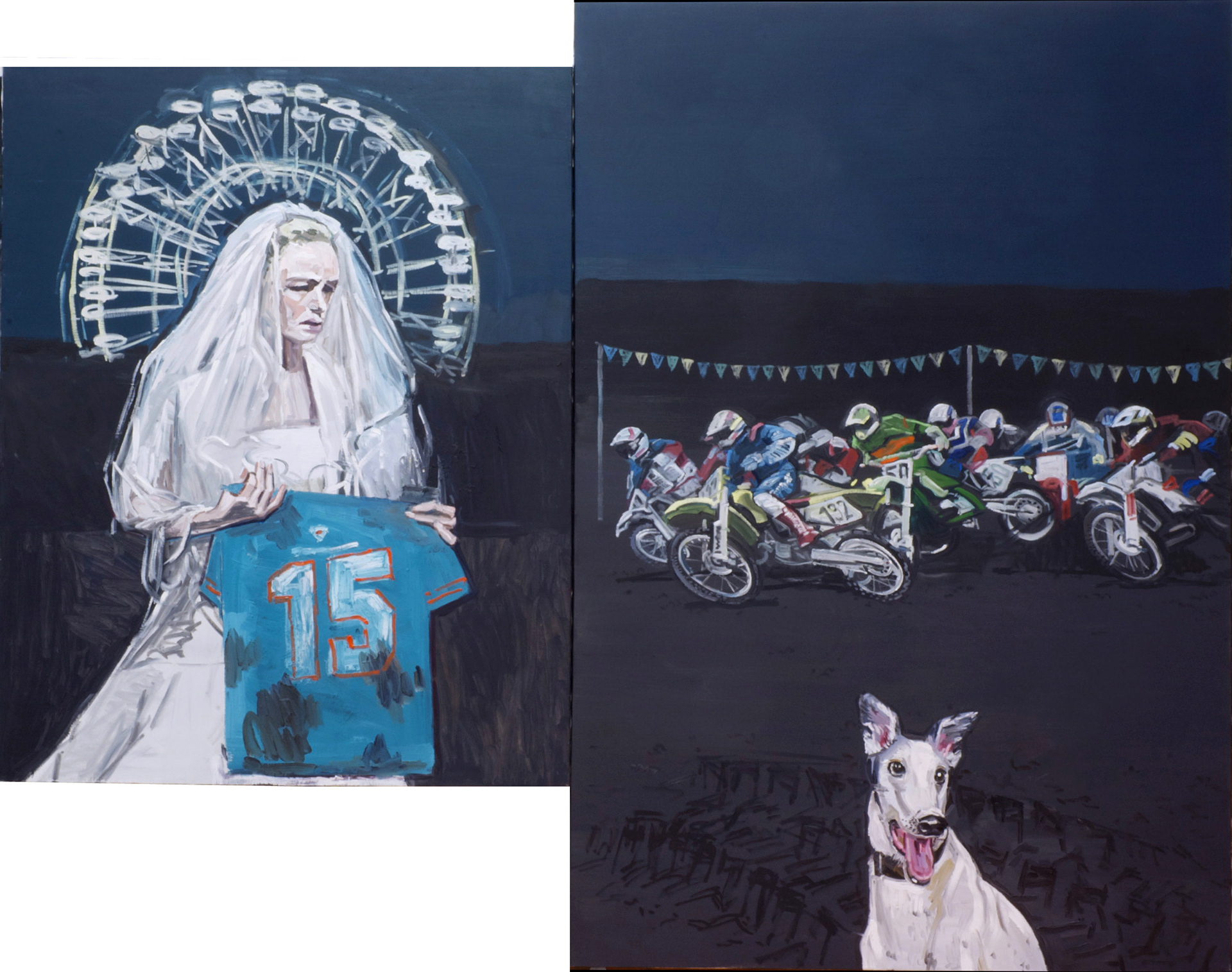 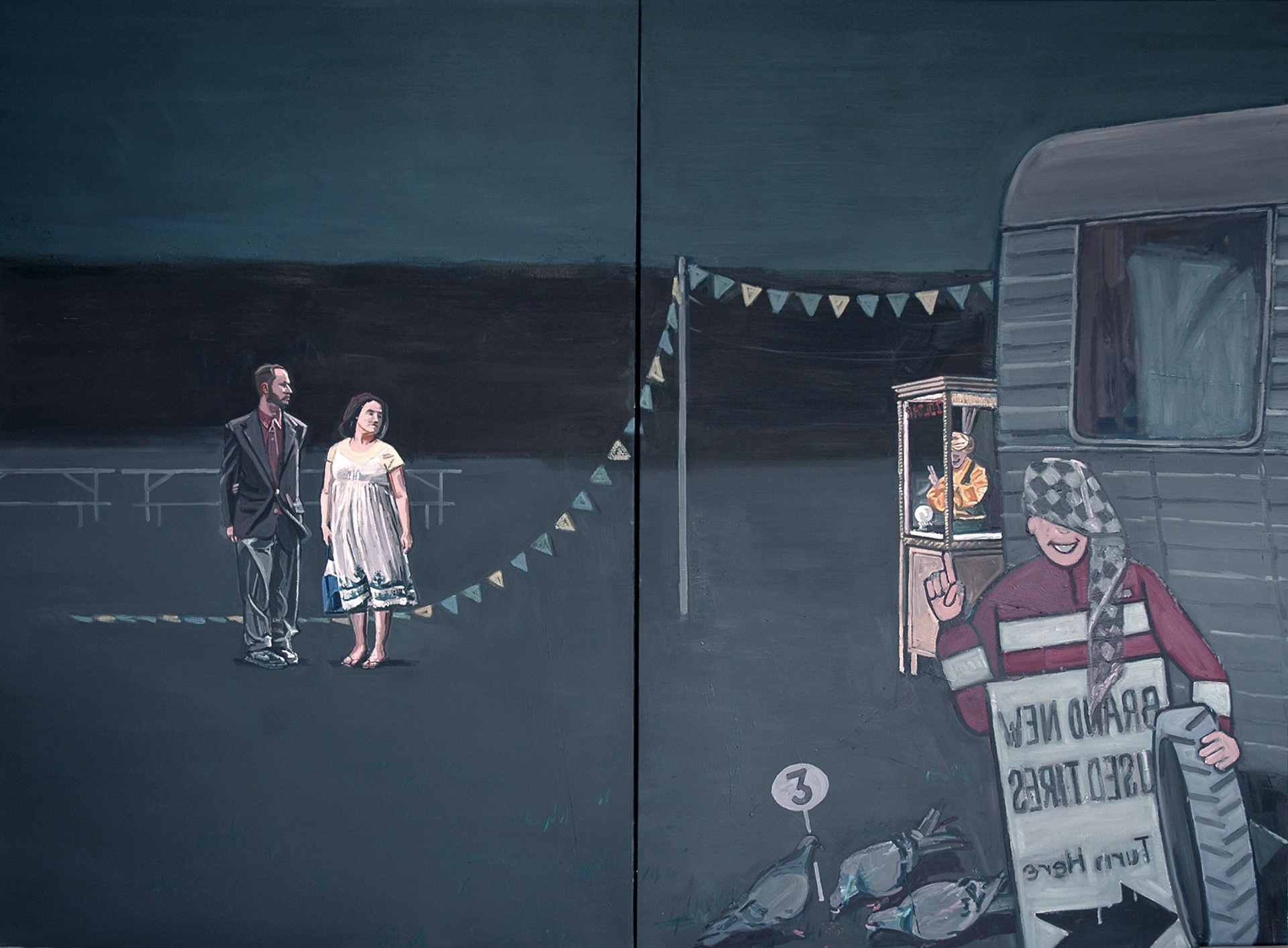 The theatre of ambiguity 2012 EN